Sympathetic repairs and subtle alterations to a significant post-war private country house built to the designs of the acclaimed Scottish architect Sir James Dunbar-Nasmith in 1964 to 1965.

The proposals included repair works and internal reordering to the house which is set in the New Forest with sublime views over the Solent and Isle of Wight.

This grade II listed building celebrates its idyllic location with large timber sliding windows that open rooms up to the outside to take in the marvellous surroundings. The centre piece is a double height music room that was originally designed around two grand pianos, sitting on a raised podium that leads up and around the central chimney breast to a mezzanine overlooking the space. The house also boasts bespoke features and integrated sculptural pieces such as the aluminium balustrade supports on the mezzanine and crystal doorknobs fitted on the doors entering the music room, designed by Ann Henderson and Helen Weir respectively.

The comprehensive repair project to conserve the house completed in April 2019, with much of the work involving careful joinery design and detailing. New technologies were introduced alongside ideas to protect the house for the next generation, while maintaining its character and charm. 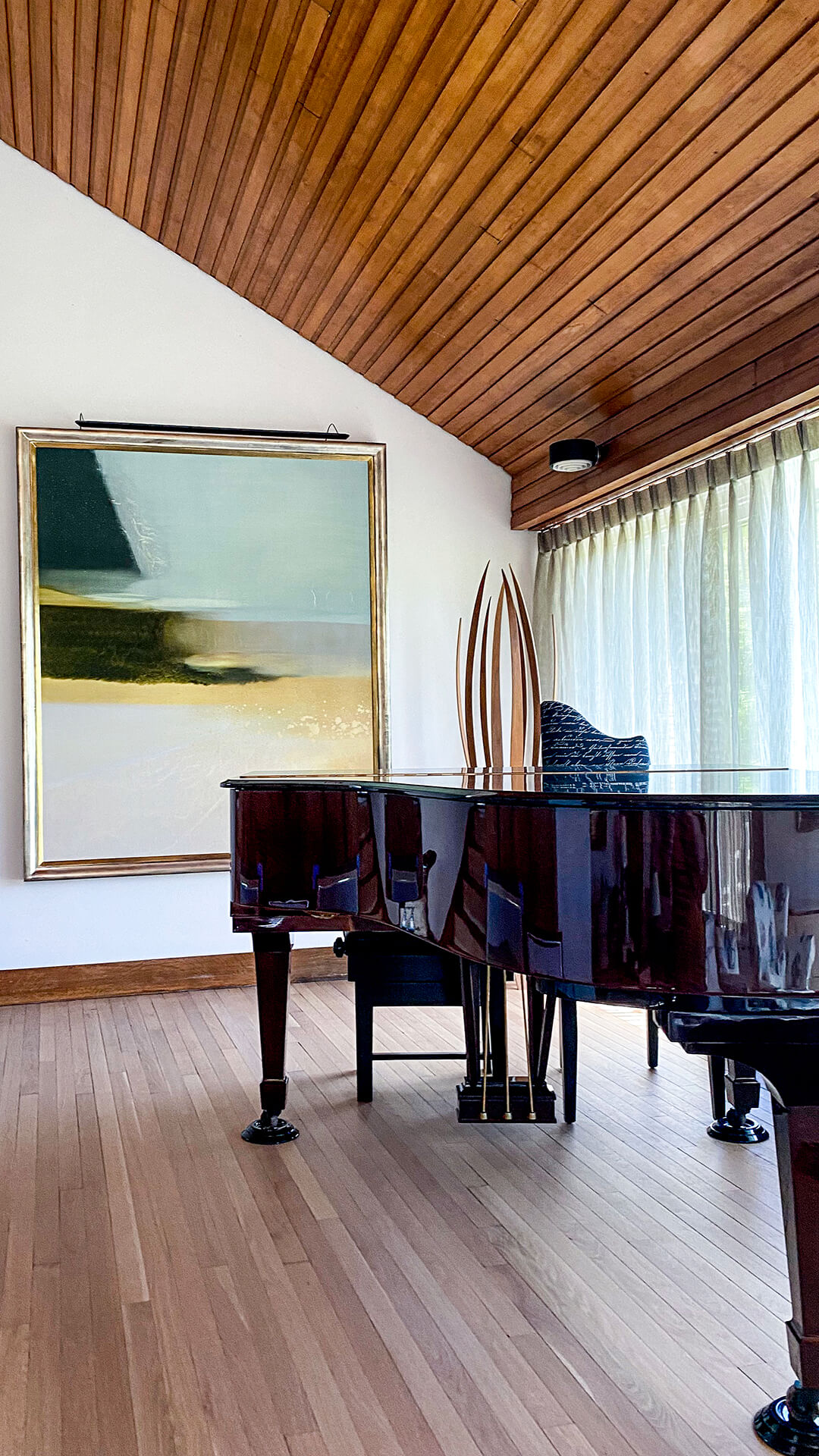 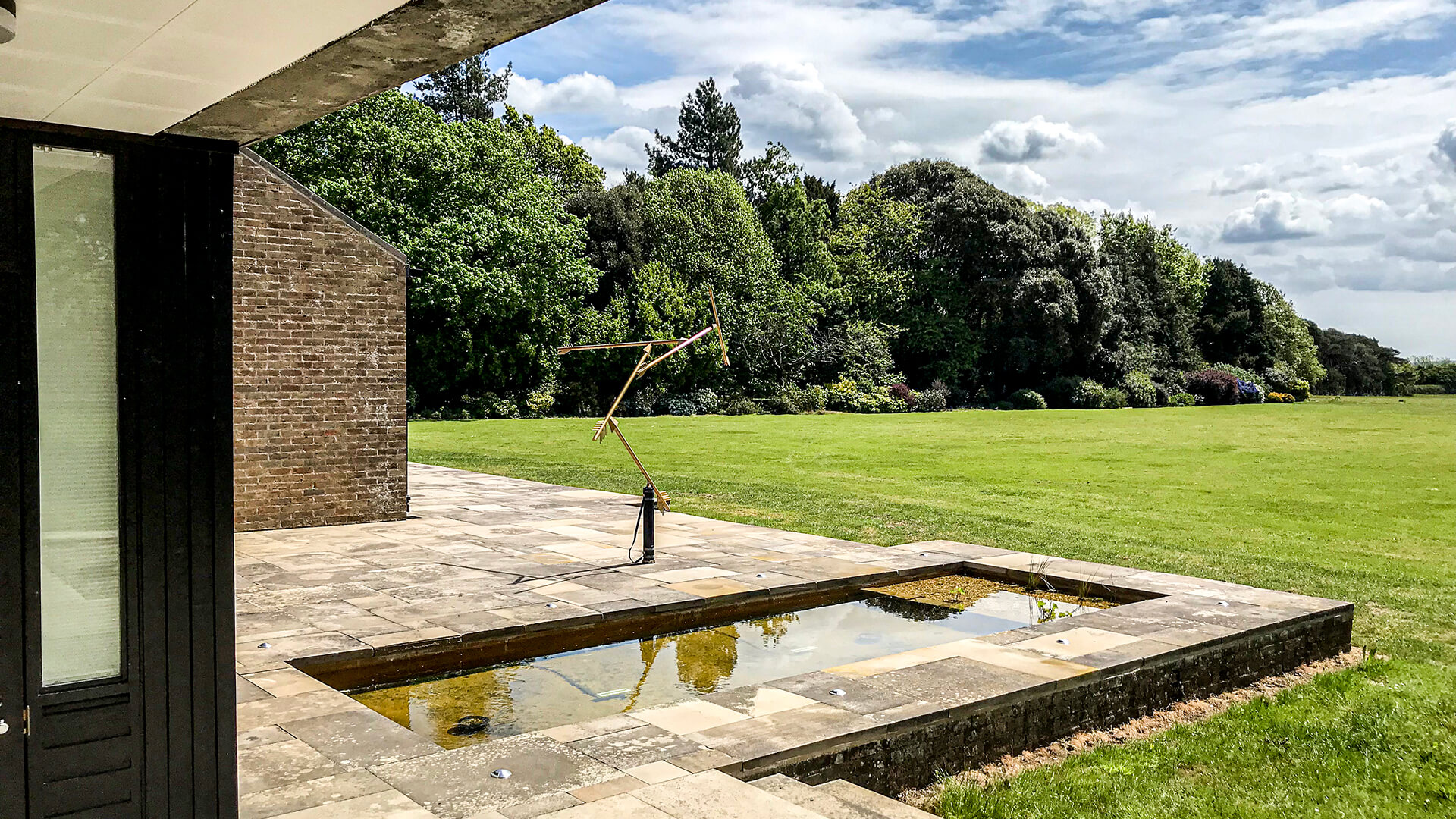 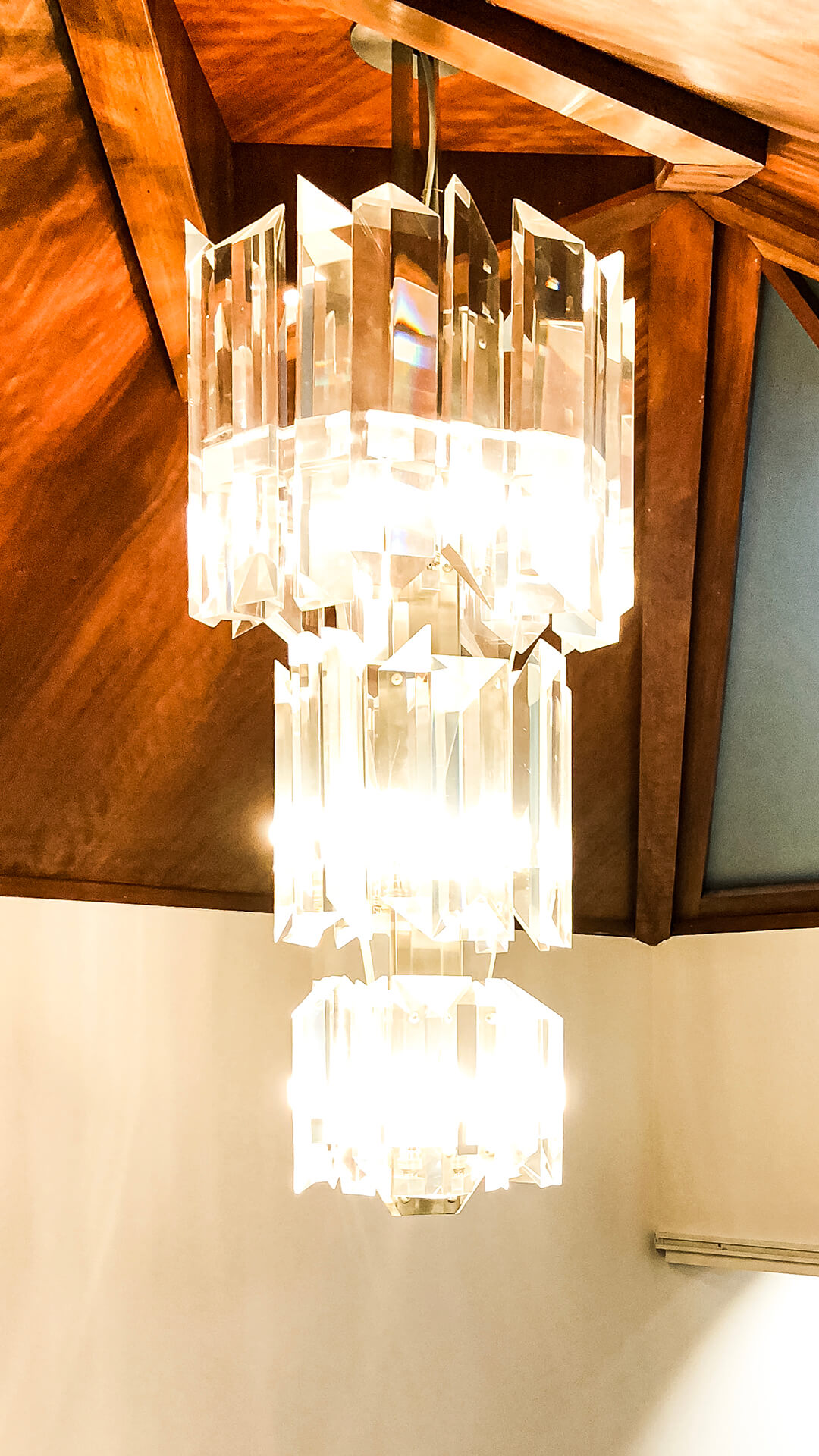 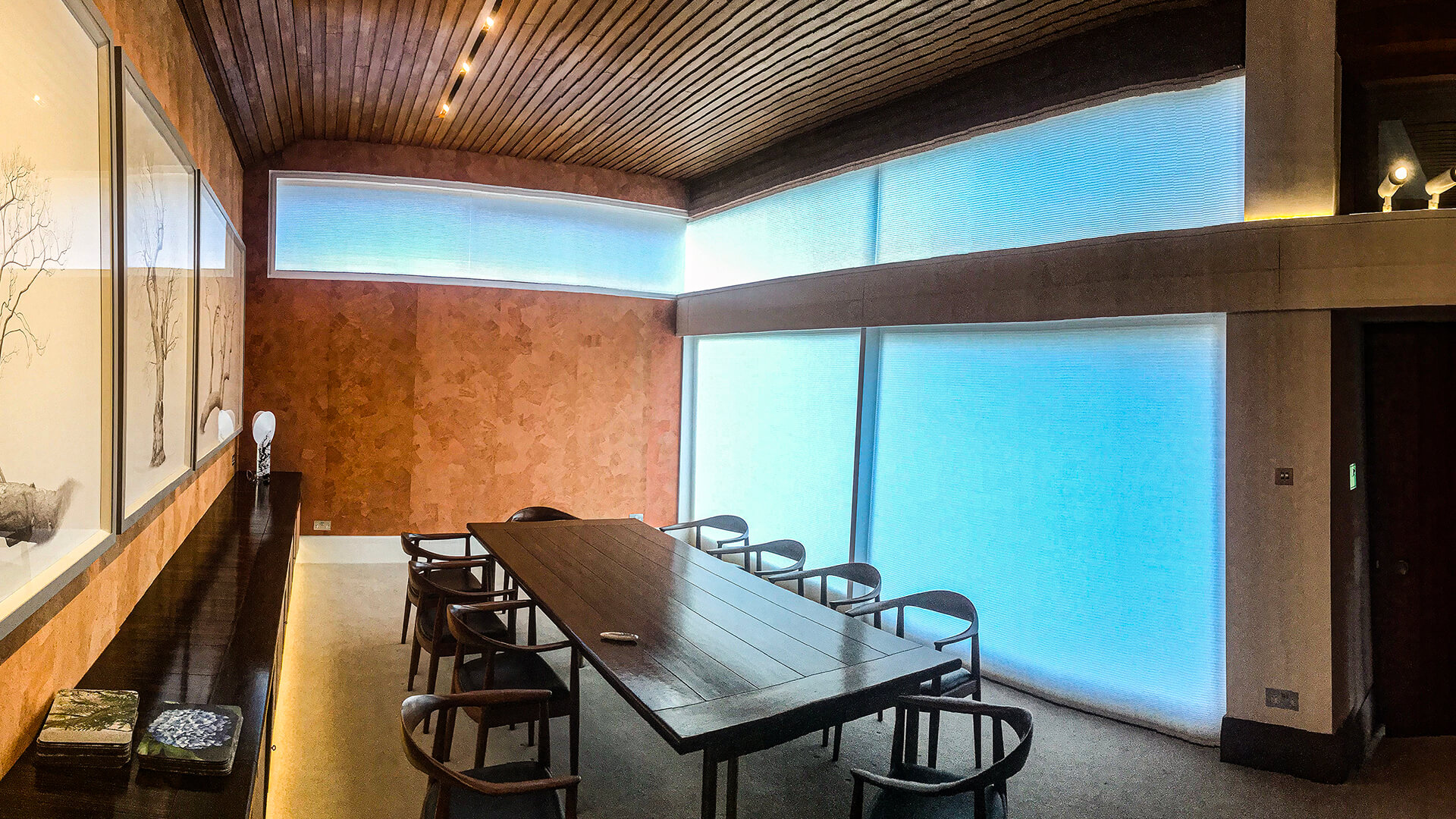 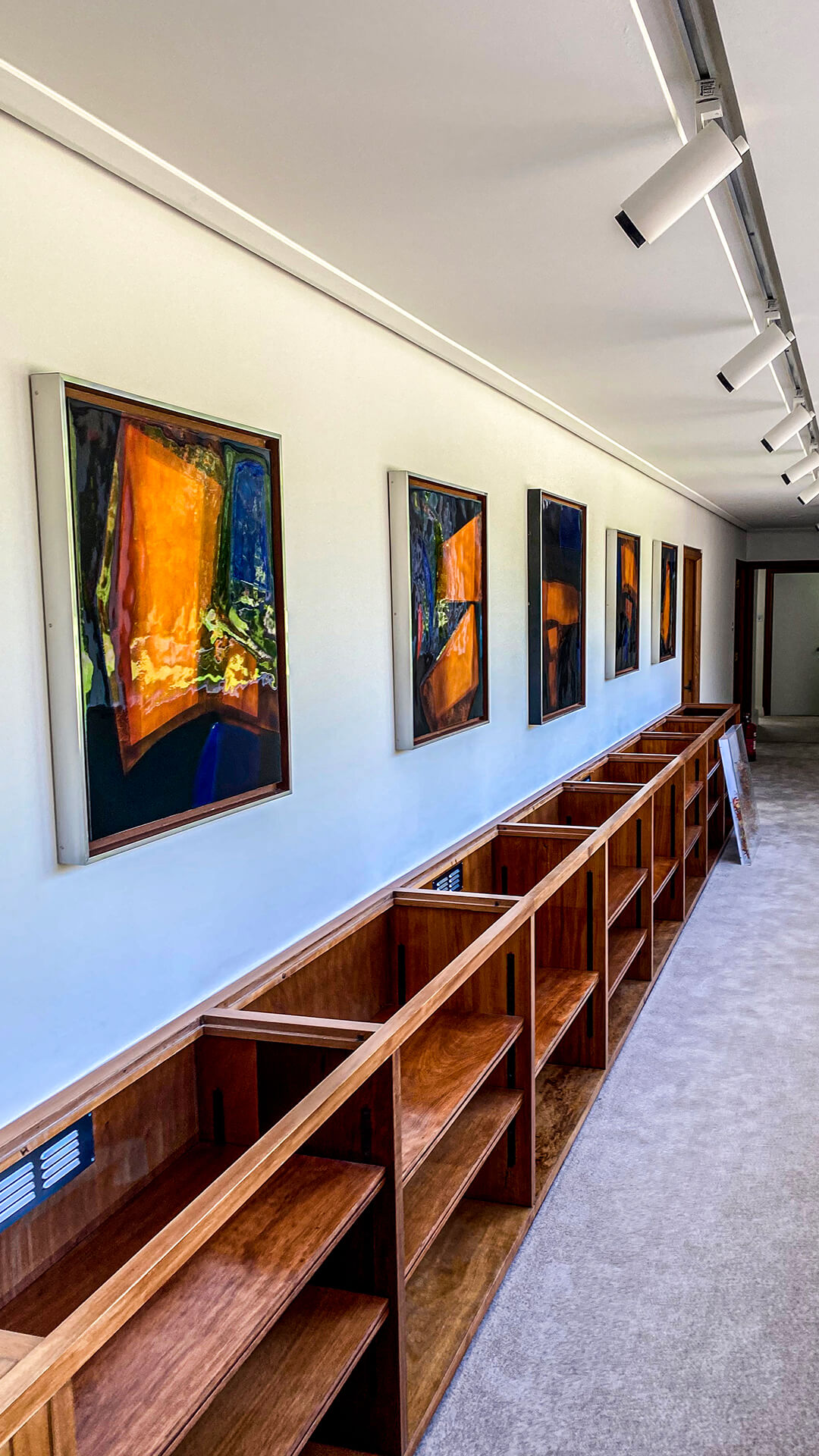 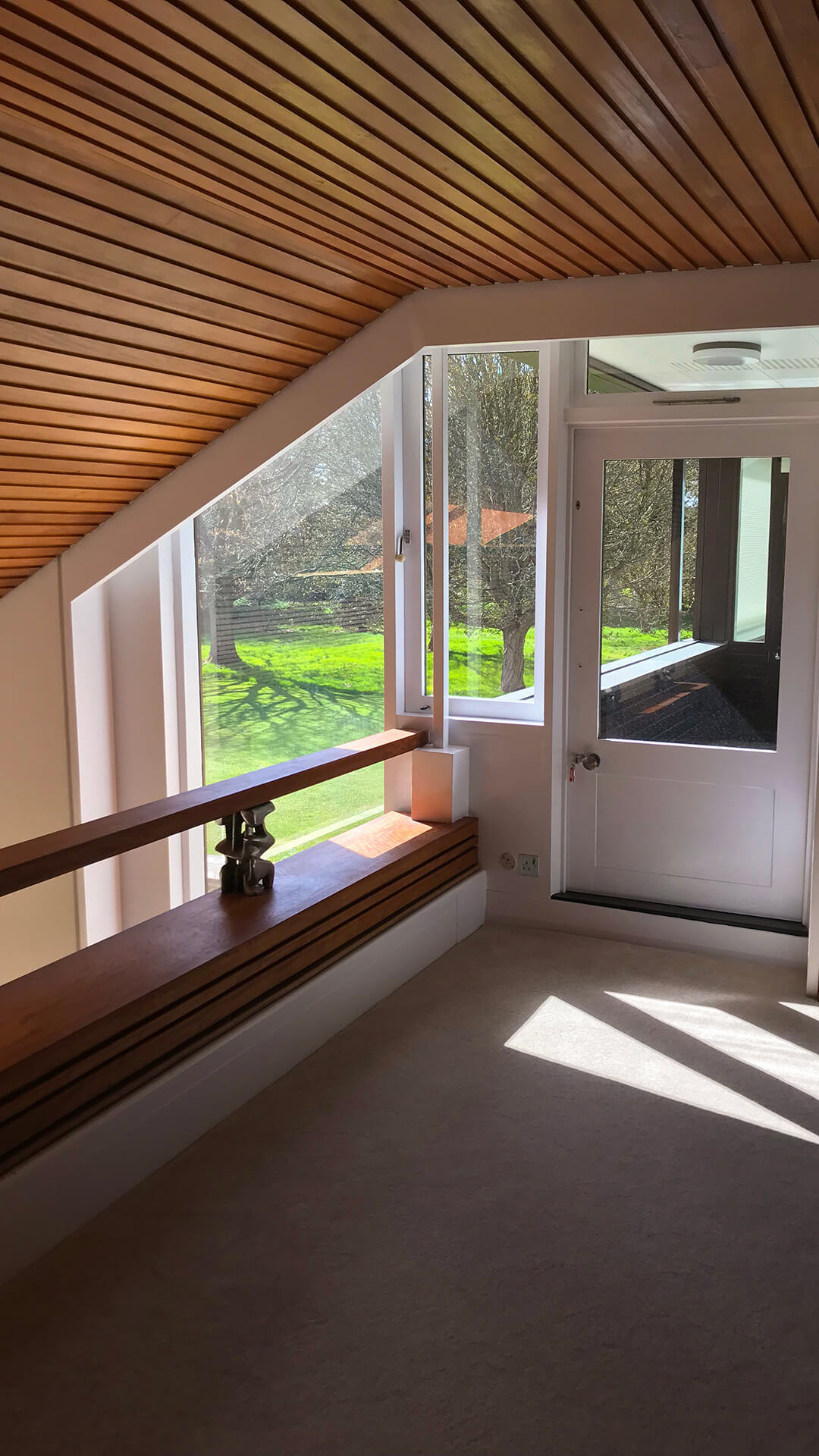 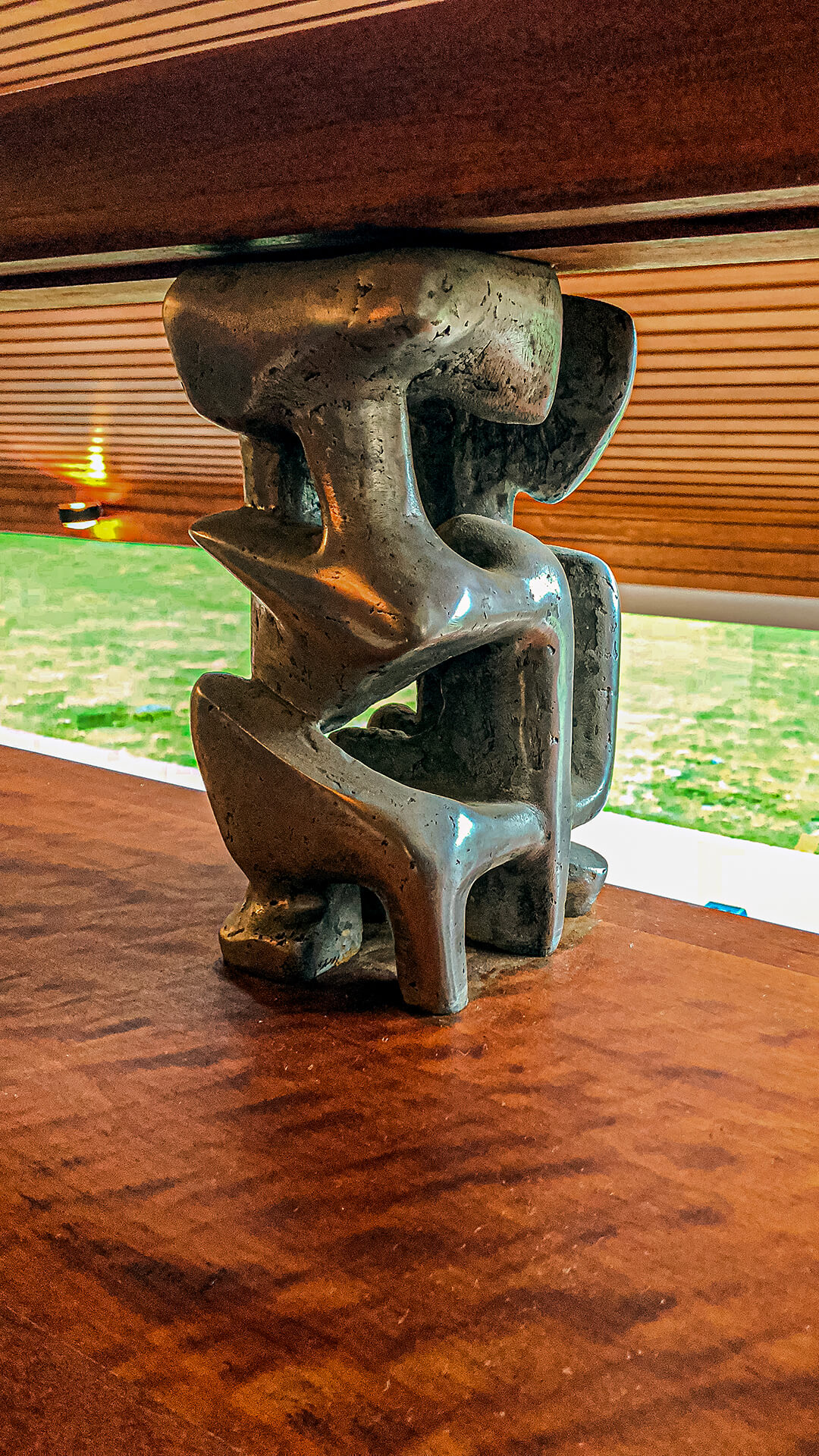